Ninety-five percent of Gintoki’s screen time is pure comedy, and Shinpachi is there for punchlines and jokes, yet he is in serious arcs and is able to show his serious side. We have not seen him in any serious situations at all, and he has barely been in the series. I don’t mind the seriousness, it’s just this show seems to have a very skewered view on what makes a strong female character. That’s a good point you make. However, he was in Shiroyasha Koutan, and would fit right in if a serious arc set during the amanto invasion were to be made. A character isn’t introduced already fully developed and multi-dimensional. I don’t mind Tsukuyo but Sa-chan has been around since the first year! Damn, Tsukuyo really cares about Gin so much.

We have not seen him in any serious situations at all, and he has barely been in the series. Just as expected from Gintama: This arc is so awesome. Someone who has absoutely no other side to him, someone purely there for comedy. Therefore it’s a good thing that such is left aside and first-rate arcs are chosen. By that reasoning the main gang were pretty much plain characters until the first serious arc, seeing as how they had only been involved in comical situations until then.

BBCode Like Japanese films? There is an enormous difference. I like Tsukuyo but not to the extent of being thrilled over a arc jiaiya mostly related to her past and the Oniwabanshu Will Sa-chan be in this arc? Also, if by Gori-arc you are referring to Kondo then you’re forgetting about the Itou arc and the Mitsuba arc.

Ah, i love me some serious Gintama. The episode wasn’t bad or anything but the fighting scene was just waaaay too short and the psycho was talking too much, I really dislike him.

Really good arc so far! They are by no means plain characters, and as I said before – the potential is definitely there for a serious arc. For a serious plot you need unspoiled sub-characters normally jiraia ones are introducedbut this time we had luck gintaja an already introduced character was used for which reason this person’s chances of dying are now near to zero – a new one would have had I hear you, man! 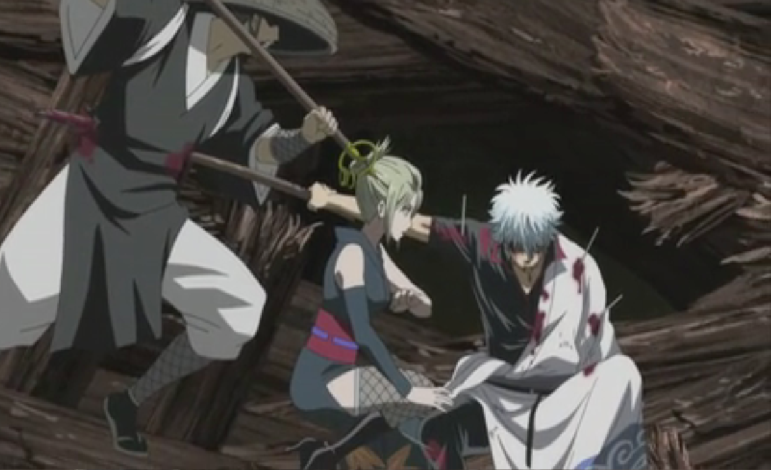 She’s long deserved it! Eh, not really liking this. And almost walking as swiftly as ever, like a true ninja. I’m loving the new background music used during this arc. Gintokki Bones Will Follow Damn, Tsukuyo really cares about Gin so much.

What’s Tsukuyo doing out of the kitchen?

Never though Henzo would be there to save Gintoki! All that’s needed for any serious arc is a story relating to the characters that enables them to manifest their serious personality.

Life is really simple, but we insist on making it complicated. We’ve got fed with female inabilty to make things work while actually seing someone, ‘she’s resolved to protect everyone, but can’t accept anyone protecting her’ bullshit, crazy villain obsessed over one character making chaos all around, etc.

I’m happy it got adapted very well from the manga! 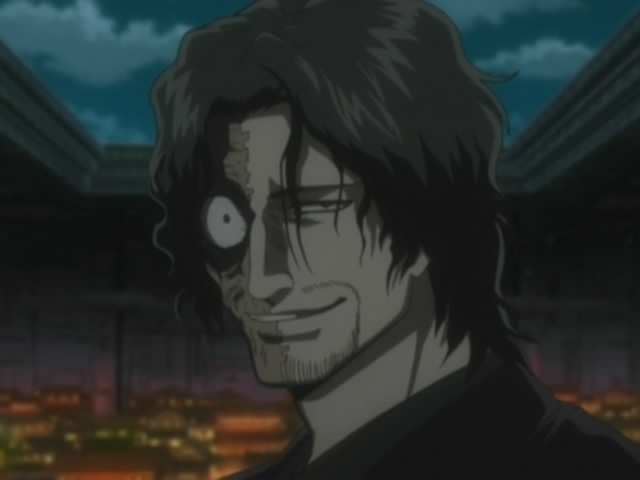 Whoever did it, botched the job. I hate “serious” Gintama. I really do like the new OP and ED though. 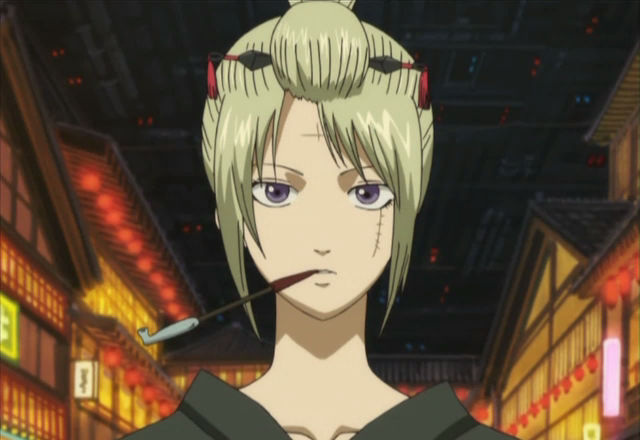 Aw damn, that face Tsukuyo made when Gin was slashed by Jiraia, so much blood coming from Gin. Brotherhood 2 Kimi no Na wa. BBCode “Yes, I have been deprived of emotion. Recent Watched Ignored Search Forum.

What’s worse, you can’t actually presume that this is all just a parody or modern deconstruction of the genre. But I think he’s a bit underestimating Gintoki, which is pretty bad for a ”ultimate fighter”. Take Sakamoto for example.

The only arc I remember her being in is the Screwdriver one, and that was only three episodes long. Now I’m a fan of her. Anyway, Gintoki has a bad habit of dying, then ressurecting by an incredible amount of luck. Gintoki seemed really pissed in that preview.

Holy shit, that new antagonist is pretty epic, and interesting. Guess he knows better and maybe he thinks too that Tsukuyo’s resolve is shaken when she is with Gintoki.